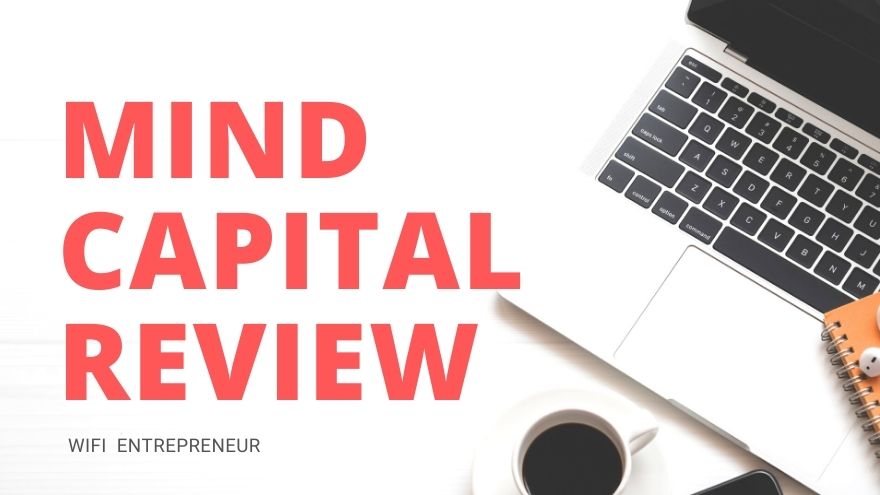 Back with another review. This time it’s a Mind Capital review. In this review, we will be looking into whether or not Mind Capital is a scam, or is it legit and really worth your time.

Mind Capital is a Crypto-fiat platform. It claims to give you returns on your crypto assets with the help of experts and an algorithm/bot.

Over the past few years, a lot of similar programs have popped up on the internet. No surprise, the rise of cryptocurrency is going to reap similar results. At least that’s what is expected.

Before jumping into the review, most of the MLMs based on cryptocurrency that have come out have actually been shut down because they weren’t a real deal. If the structure is not right, as was the case for most of these companies, you can’t really deliver results and hence they failed and had to be removed.

Starting off with the website, they have a really good web design. On the landing page, you can see that the program is owned by a gentleman named Gonzalo Garcia-Pelayo. He is a pretty famous guy as you might have already seen him on TV as well. So, he is putting his money and name behind Mind Capital.

How does Mind Capital Work?

You can’t just come to mind capital and simply buy it. The mechanism it follows is MLM where you refer friends. It has 10 levels and on each level, you grow in the following manner:

Every day you will receive a percentage of the profitability obtained by all your referrals. (T&C Apply)

Here is a chart to help you understand the structure:

This is exactly how these companies get big quickly. They don’t do a lot of advertising but instead, they work through word-of-mouth. Hence, they spend little to no money on marketing but people tell their friends who tell their friends and that’s how it grows.

As they say, you can start off with $100 and reach all the way up to $100,000 worth of bitcoins. This is how Mind Capital makes its money and this is exactly how you will make money in this program as well.

Now the big question is where is all this money coming from?

Mind Capital team claims that they have a technology bot. In fact, we’ve seen a lot of other MLM companies claim to have these bots too. It’s a gimmick, in my opinion. This great algorithm, according to them, mines the bitcoin market and generates returns as it trains daily on the data. So, they say they make gains off this algorithm and then push all these gains to all of the investors involved.

They don’t promise you but target around 0.5% to 1.5% growth every day. At that rate, they are promising you a 46% growth every month. That’s insane.

Now, if a company doesn’t offer any retail products. They grow by selling the opportunity to make money and by asking for referrals. Then that means, in order for them to grow and make money they need you to recruit people. To get into this program you need to be invited by a friend.

That unfortunately is called a Ponzi scheme. A Ponzi scheme is a fraudulent investing scam that generates returns for earlier investors with money taken from later investors.

If they didn’t have this MLM structure and it wasn’t about recruitment or the opportunity to make money but rather it was about investing in technology to grow the business, then it might be a little bit more legit. That’s where you get into trouble with the FTC and other regulations.

So, despite that fact, people are still making money off Mind Capital. How is that possible, you may ask?

Well, people who join this program early on, since they are at the tip of the pyramid, they are being paid by the money new people are using to join the program. Remember, people do make money off Ponzi schemes although it’s not legit.

When you go online and you do the research on these companies, people who got into the business early on are making money. It just depends on where you are in the time frame of this scheme.

If you come in right at the beginning then you’ll make your returns and everything looks legit to you on the outlook. That’s why these businesses actually last for quite a long time.

So, every 90 days when you can withdraw your returns you’re getting that money because you’re getting the money that they’re making not from the bots but from new people joining the program.

Is Mind Capital Legit or Scam?

As this is a Mind Capital Review, here’s the thing about a Ponzi scheme you should know, as soon as there aren’t enough members coming in to make money from and pay new members, that’s when the entire thing collapses. These guys just disappear.

This happened with a lot of other companies in the past. For instance, we had One Coin, Bit Connect and USI Tech. You join and all of a sudden your Bitcoin just explodes.

Now it’s not possible for your Bitcoin to grow that much unless they’ve got some magical software or algorithm. Most of the time it’s just false.

You can make money off Bitcoin, you just need to be careful.

So, can you make money off Mind Capital? Yes, you can but it depends on where you are in the pyramid. Ask yourself, are you here for the long term or the short term?

I hope this Mind Capital Review was useful to you. If you are in it for the short term, go ahead. But sooner or later this company might just collapse. Although, if you are entering the market where it is about to end, you will lose your money. Choose wisely. Don’t ignore the red flags.